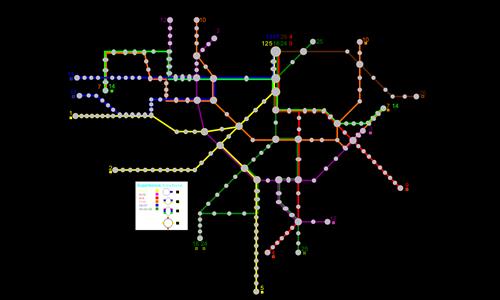 The Amsterdam tramway network forms part of the public transport system in Amsterdam. Opened in 1875, the network has been operated since 1943 by Gemeentelijk Vervoerbedrijf.

The trams on the network run on standard gauge track. Since 1900, they have been powered by electricity, at 600 V DC. At the termini of almost every tram line there is a suitable turning loop, so that the line can be operated by unidirectional trams.

on 4/4/2014.
Normally I don't enjoy train plan maps, but this is easily the best I've played on. Gameplay is improved by the large number of single-territory bonuses spread throughout. Winning here is not about grabbing hold of a long strand and defending it at all costs. Rather, expansion follows a more typical path, despite the linear appearance of the board (which is greatly alleviated by the numerous interchanges and flanking possibilities).