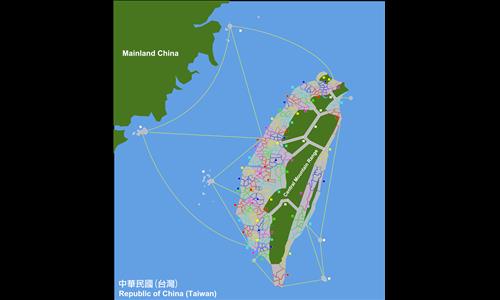 A map based on Republic of China (Taiwan) controlled territories today. And rough Taiwan geography for gameplay.

The territories are exotically shaped, which makes for interesting connections and numerous chokepoints. You connect separate ends of the map with both islands and highways so that armies aren't stranded once they finish off a pocket of resistance near the edge - outflanking the enemy is a viable tactic on this map. The bonuses are a bit larger than normal, but they play well because territories are easy to capture AND easy to lose. I did see one missing connection, but can't recall where it was.

With regard to the scenarios, I would like to see the West Warlords include the territories in the northwest near Taipei. Otherwise I'm afraid that whoever begins in Miaoli can take advantage of the easy opportunity for northward expansion.

All in all, great work. I will be playing this map frequently.
Response by map creator Hankofficer on 10/18/2013
Thanks for feedback. :)

I might includes northern Taiwan in West Warlords distribution but exclude a few bonuses can easily go to eastern Taiwan.

There are some experiments I'm doing. So I will update and maintain the map frequently. ;)
6 out of 6 people found this review helpful.
Review by